- The new technology, 'M. Brain' identifies the driver's state through brainwaves and reduces accidents caused by drowsy driving or negligence.

- Will test-apply public bus transportation services in Gyeonggi-do, and expand the application scope of biotechnology to smart cities and purpose-built vehicle (PBV) later

M.Brain measures the driver's condition on a real-time basis by detecting the brainwaves around the ears through earpiece sensors that are worn. The key is the software technology that analyzes and determines the data from the brainwaves. Hyundai Mobis is committed to R&D and has even adopted machine learning to interpret the brainwave signals.

M.Brain can also be interworked with a smartphone app and provide notification that the driver is losing attention. The accident prevention technology also provides alerts for different sensory organs, such as sight (LEDs around the driver's seat), touch (vibrating seat), hearing (headrest speaker), etc.

The global in-vehicle healthcare market has now taken its first step. Heartbeat measurements or eye tracking technologies are introduced. Meanwhile, brainwave-based technology shows infinite potential for development as it is capable of measuring massive amounts of data, which is why Hyundai Mobis' M.Brain is considered an innovative technology. 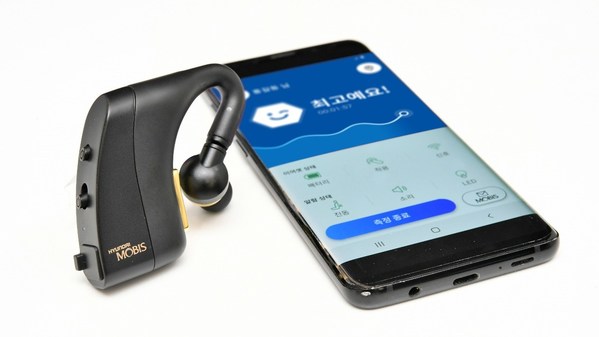 Mobis currently has more than 30,000 employees and has been manufacturing in more than 30 regions in 10 countries. In addition to its R&D headquarters in Korea, Mobis has 4 technology centers in Germany, China, India and the United States.