- With the "Engagement in Europe", the company made an announcement of its commitment to strengthen the European EV industry 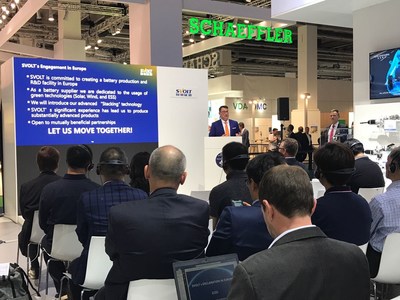 SVOLT Energy announced the "Engagement in Europe" at the IAA show

At the event, SVOLT displayed its extensive portfolio of EV batteries featuring "stacking technology", including the NCM 811 high-energy-density battery cells as well as its battery modules, PACKs and BMS which provide battery system solutions for PHEV and BEV specifically designed for the European market.

Alongside the product introductions, SVOLT announced its medium- and long-term vision for accelerating the future transformation of e-mobility in Europe. As part of the endeavor to establish seven production bases worldwide, the company has pledged to invest €2 billion ($2.24 billion) to build a 24GWh battery factory and a 40,000-ton cathode material factory in Europe, a move that marks the company's decision to localize its services and supply chain in the European market.

The construction of the new battery factory will begin before the second quarter of 2020. This four-phase project is expected to complete its first-round of construction and enter operation by early 2023, with the initial production capacity reaching 6GWh.

"With Europe as a key global hub for manufacturing and R&D of EV, we hope to form partnerships with local EV pioneers through establishing research centers and factories in the region. SVOLT is looking forward to jointly developing automotive-grade lithium-ion batteries with its European partners to accelerate the transformation of e-mobility", said Hongxin Yang, the company's General Manager.

With safety, driving range and costs set as top priorities, the company has been sharpening its competitive edge by pioneering the use of high-speed stacking technology in prismatic batteries ahead of its global rivals. The technique, compared with the winding process, increases a battery's energy density by 5% and cycle life by 10% while reducing the costs.

"Among the new technologies and standards that will prevail in this era, one of the most pronounced technological evolutions, characterized by the shift from 'winding' to 'stacking' in the production process, will flourish. We will soon usher in the 'stacking era' of lithium-ion batteries", said Hongxin Yang.

With its record of over 500 patents, SVOLT has established R&D bases in Europe and Asia and inked cooperation agreements with Sensata Technologies and Tsinghua University for the development of wireless BMS and battery safety design. 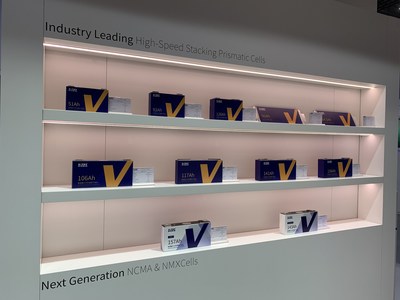